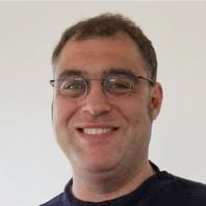 From Cloud to Fog: the Tao of IT Infrastructure Decentralization

Abstract: One of the main differences between cloud computing and fog computing platforms is the network. Where cloud servers are connected to each other with low-latency networks and to the end users with high-latency ones, fog servers experience low latency to their end users and high latency between themselves. This apparently simple difference requires us to deeply rethink the way we design these platforms: when dealing with network and system management of course, but it also impacts the nature of hardware resources, the virtualization technologies, up to the way applications are developed. In this keynote we will undertake a journey through the various aspects of fog computing platform design, from the system-level technologies to real-world experimentation.

Biography: Guillaume Pierre is a Professor in Computer Science at the University of Rennes 1, France. Prior to this he spent 13 years at the VU University Amsterdam. His main interests are Fog computing, Cloud computing, and all other forms of large-scale distributed systems.  He took part in several European and EIT Digital projects and acted as the lead designer of the ConPaaS platform-as-a-Service environment. He is currently the coordinator of the H2020 FogGuru Maria-Sklodowska project, the leader of the Myriads research team at INRIA/IRISA and the academic coordinator of the international “cloud and networking infrastructures” master program at the University of Rennes 1.

Back to the Future: Hardware-specialized Cloud Networking

Abstract: In the last decade, the networking research community has significantly fueled the network softwarization and virtualization trend. Network processing tasks, originally performed by dedicated hardware appliances, were converted into software components running on commodity hardware, and deployed in relevant cloud infrastructures (central and/or edge). While this trend is clearly a winning proposition in terms of cost and flexibility, non-marginal concerns do emerge not only when considering performance and energy consumption, but also when addressing horizontal scaling limitations currently affecting edge cloud deployments. As a matter of fact, emerging media-rich and network-intensive applications come along with throughput and latency requirements which may be overly challenging for software functions. And the ever stronger network security requirements (with their relevant security-oriented network processing overhead), further play havoc with the performance limits of softwarized functions. The thesis of our talk is that cost and flexibility is NOT necessarily in contrast with performance and power consumption! We support our thesis by making a case for domain-specific architectures for efficient and high-speed packet processing. We will specifically discuss the tailored design of fully programmable hardware platforms specialized for networking and for packet processing, and how they can attain very significant performance gains with respect to their software counterparts meant to be deployed on commodity CPUs.

Biography: Giuseppe Bianchi is Full Professor of Networking at the University of Roma Tor Vergata since 2007. His research activity includes wireless networks (his pioneering research work on WLAN modelling and assessment has received the ACM SigMobile 2017 Test-Of-Time award), programmable network systems, privacy and security, traffic modelling and control, and is documented in about 230 peer-reviewed international journal and conference papers, accounting for more than 16.000 citations (source: Google Scholar). He has coordinated six large scale EU projects, and has been (or still is) editor for several journals in his field, including IEEE/ACM Trans. on Networking, IEEE Trans. on Wireless Communications, IEEE Trans. on Network and Service Management, and Elsevier Computer Communications.

He is on leave as Curators’ Distinguished Professor in the Department of Computer Science and Electrical Engineering at the University of Missouri-Kansas City (UMKC) under the IPA program. He received B.Sc. in Mathematics from Cotton College, Gauhati University, India, M.Sc. in Mathematics from St. Stephen’s College, University of Delhi, India, and his M.S. and Ph.D. in Computer Sciences from the University of Wisconsin-Madison, USA. Prior to joining UMKC in 1989, he was a member of the technical staff at AT&T Bell Laboratories where he worked on teletraffic network routing and design. While at AT&T Bell Labs,  he co-developed Facility Diverse Routing – a feature deployed in AT&T’s nationwide dynamic routing network.

He is a Fellow of the Institute of Electrical and Electronics Engineers (IEEE).